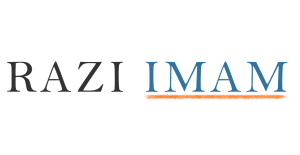 Like a mind-bending optical illusion that makes you question the very nature of reality, the speculative science of this next entry will have you questioning the nature of time itself. In this globe-trotting tale that’s part Indiana Jones and part James Rollins adventure, marine biologist Dr. Sebastian Miles risks his life to find luminescent snails that hold the key to one of biology’s biggest puzzles, but his superiors steal credit for his ground-breaking discovery.

You’ve probably seen the lithographs of the artist M.C. Escher, whose mind-bending optical illusions make you question the nature of reality. That’s the aptest comparison I can conjure for Razi Imam’s Masters of the Broken Watches. His debut novel is the literary equivalent of an Escher piece. It’s a bubbling stew of speculative science that makes you question the nature of time itself.

I won this book in a Goodreads giveaway, for which I am very grateful. The following is my unbiased honest review.

At first, this book took a bit to really get into. It began with the story of a Vietnamese fisherman, who always wanted to be an engineer, and his loved and loving wife of many years. Circumstances didn’t work out for his goals, but they found that life as a fisherman couple, using the boat that both his father and grandfather has used in their profession, was still a good, satisfying life. Until, that is, they discovered that she had cancer. Things go downhill fast for them after that.

Razi Imam‘s ‘Masters Of The Broken Watches‘ is an exciting new entrant to the science fiction genre.

This is a story that focuses on two groups of protagonists; a Vietnamese fisherman Pham Kai and his wife Minh, and the other on Sebastian Miles and his team of fellow scientists. The juxtaposition of these two worlds is stark and acts as a refreshing change in tone.

Masters of the Broken Watches is a novel hard to put down. From the heights and depths of mountains in Central America to the disputed South China and Vietnamese seas, we meet a diverse team of scientists led by young, bold ambitious, yet always pleasant, Sebastian Miles.

Sebastian and his team of paramarines discover a biological entity that will have you thinking about time in a completely new way. Time as particles emitted and experienced from a biological source constitutes a rare unique perspective about the nature of time. It sets MTBW apart from other sci-fi thrillers.

Masters of the Broken Watches, by Razi Imam, blends myth, scientific discovery, and friendship for an optimistic mystery adventure across the globe.

The book is mostly a science fiction adventure, with the descriptive style of almost a travelogue, and a quiet love story in the background. Beautiful descriptions bring to life a Vietnamese fishing village, high-tech labs, an underground lake, a mysterious reef, and many other exotic locations. The science-fiction part of the story focuses on the discovery of a time particle with mysterious powers, a fish known as Isikhahti Isilwandle to the early Zulus. This time anomaly also connects with Mayan myth, creating the intriguing sense that what these characters have uncovered taps into both science and ancient knowledge. And throughout the book, the gentle love between a fisherman and his wife shines through.

At the beginning of the novel, Sebastian has studied evolution for years, risking his safety to collect samples and working nights to prove his hypothesis, but when his boss steals credit for the resulting discovery, he considers leaving research entirely. An old colleague reaches out with a surprising new opportunity, promising scientific inquiry with a warm spirit of collaboration and an intriguing specimen, and Sebastian finds himself on a team investigating the mysterious time particle.

Masters of the Broken Watches by Razi Imam is a thrilling, genre-bending novel that reveals the magic and adventure of scientific discovery.  This action-packed work of science fiction will have you believing that space may not be the final frontier.  A simple search for a theoretical species that could solve some of the universe’s greatest unanswered questions leads to a magical discovery and an international fight to protect it.   Never would I think to pair the words “epic quest” and “science experiment” until now.  There’s no mistaking the intelligence and research behind Imam’s writing.  However, through all the mystery, danger, and thrills of the chase, this book doesn’t feel anything like a text book science lesson.

Masters of the Broken Watches by Razi Imam begins with Vietnamese fisherman Pham Kai making plans to catch the rare su vang fish in the South China Sea and save his wife from cancer with its proceeds. While risking being captured and tortured by the Chinese Navy for trespassing, Pham Kai discovers a new species of fish that could validate Step Evolution. The story centers on this discovery, with different parties making efforts to destroy or secure the discovery. While the governments of China and the US race to seize the discovery, a group called the Paramarines, consisting of adventurers, linguistics, and scientists from the US, Pakistan, Israel, and several other countries acts to exploit it for the benefit of humanity. Will the Paramarines be able to fend off the two governments chasing after them while they search for a breakthrough?

This site uses cookies. By continuing to browse the site, you are agreeing to our use of cookies.

We may request cookies to be set on your device. We use cookies to let us know when you visit our websites, how you interact with us, to enrich your user experience, and to customize your relationship with our website.

Click on the different category headings to find out more. You can also change some of your preferences. Note that blocking some types of cookies may impact your experience on our websites and the services we are able to offer.

These cookies are strictly necessary to provide you with services available through our website and to use some of its features.

Because these cookies are strictly necessary to deliver the website, refuseing them will have impact how our site functions. You always can block or delete cookies by changing your browser settings and force blocking all cookies on this website. But this will always prompt you to accept/refuse cookies when revisiting our site.

We fully respect if you want to refuse cookies but to avoid asking you again and again kindly allow us to store a cookie for that. You are free to opt out any time or opt in for other cookies to get a better experience. If you refuse cookies we will remove all set cookies in our domain.

We provide you with a list of stored cookies on your computer in our domain so you can check what we stored. Due to security reasons we are not able to show or modify cookies from other domains. You can check these in your browser security settings.

We also use different external services like Google Webfonts, Google Maps, and external Video providers. Since these providers may collect personal data like your IP address we allow you to block them here. Please be aware that this might heavily reduce the functionality and appearance of our site. Changes will take effect once you reload the page.